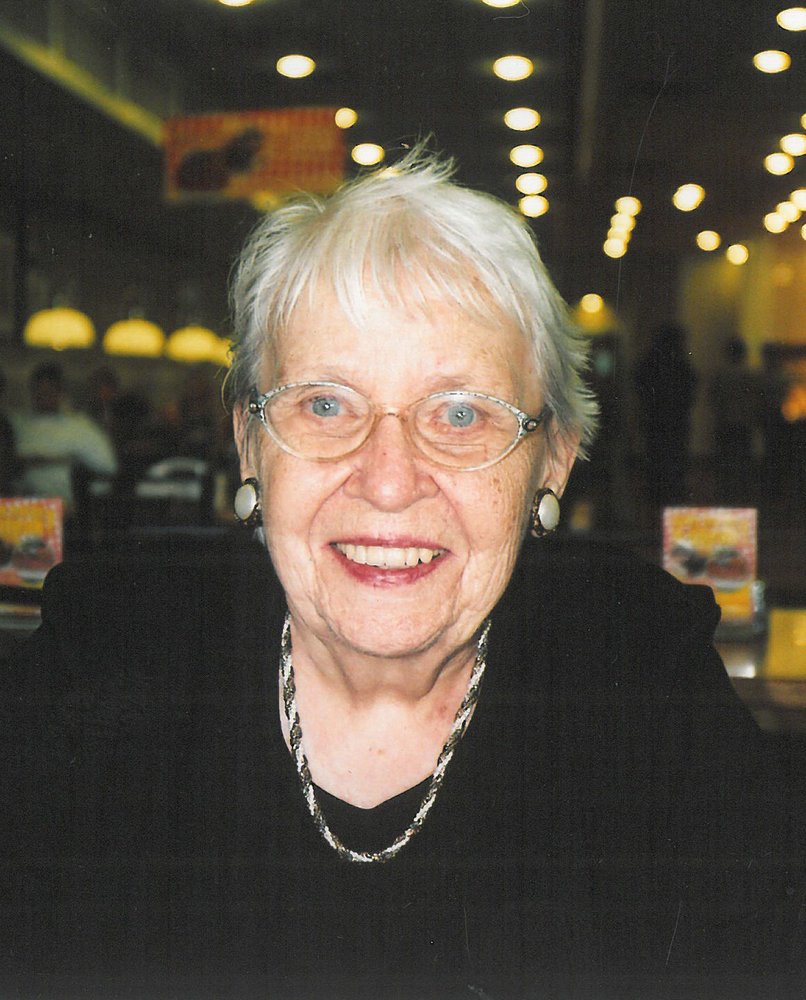 Plant a Tree
Share this Tribute:
Share Obituary:
Share Your Memory of
Loismae
Upload Your Memory View All Memories
Be the first to upload a memory!

Loismae Collins passed away peacefully November 16, 2019. She was born April 28,1927 to Elsie and Reinhold Schrotke in Portland, Oregon.  She graduated from Franklin High School in 1944.  To help in the war effort at the age of 17, Loismae started her nurses training at Emanuel Hospital and became an RN.

She married Julius Leo Collins, October 1, 1949 in Portland, Oregon.  Following her husband, who was in the Coast Guard, she had six children in 10 years, in five different states and six different cities.

She loved to travel with friends to Europe and across the United States.  After living alone for 40 years she moved to Laurelhurst Village assisted living where she made new friends before passing away.

Burial will follow the service at 1:00 pm at Willamette National Cemetery.

Please feel free to leave a condolence in memory of Loismae.