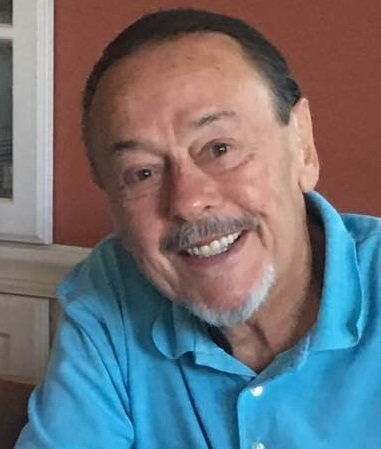 Plant a Tree
Share this Tribute:
Share Obituary:
Share Your Memory of
Jon
Upload Your Memory View All Memories
Be the first to upload a memory!

Jon J. Olson, age 83, died of congestive heart failure Friday, May 17, 2019 in Portland, OR.  Jon was born on June 27, 1935, as the second child of Anna Kokel and Adolph Jon Weiderhold. Jon’s father died from a logging accident prior to his birth.  Anna named Jon after her late husband, Adolph Jon Weiderhold. Adolph Jon Jr, and his older sister, Joyce, were raised in Molalla, OR by their mother and her sisters during the Great Depression.  In 1944, Jon’s mother married Roy W. Olson and the family moved to Portland, OR.  The union provided a younger sister, Janice.   Shortly after Anna married Roy, Jon decided to change his name.  He took his given middle name as his first, assumed his stepfather’s last name and officially become Jon Jerome Olson.

Jon grew up in SE Portland and his family belonged to St. Ignatius Parish.  Jon attended Central Catholic and Franklin High Schools.  During his teen years, Jon found his love of classic cars.  He entered the automotive industry, repairing and painting cars.  Jon’s first purchase was a 1953 Cadillac convertible.  As Jon approached his 20s, he met his future bride, Elsa Ann Houck.  Friends set them up on a blind date and Jon took Elsa to the Skyline Restaurant and enjoyed carhop service from the convertible.

Jon and Elsa were married May 11, 1957 and raised their five children in NE Portland.  The family belonged to the Madeleine Parish where the children attended grade school.  Sending his children to Catholic schools was an important priority to Jon.  He worked tirelessly to put the kids through St. Mary’s Academy and Central Catholic high schools.

Jon was a finish carpenter for JASCO and a proud member of Local 583.  Jon was well known and respected in construction for his competence, multiple talents and perfection to detail.  In his accomplished career Jon led projects in finishing buildings such as Portland’s World Trade Center and the US Bancorp Tower.  After 35 years in the trade, Jon retired in 1996 from JASCO and dedicated more time to personal projects.

Jon had a variety of interests.  He was an avid reader and enjoyed his weekly trips to the library.  Jon was a creative soul and could turn something ordinary into art.  Jon was a marvelous cook and was known for his legendary barbeque sauce.  Jon’s true passion was restoring classic cars.  He was currently finishing his 1936 Ford four-door convertible in his workshop.  Jon could build or fix most anything and was proud to teach his mastery to others.

Jon cherished the family he and Elsa raised.  Jon dearly admired his children and stated one of his greatest accomplishments in life was his family.  Jon was especially touched that his children worked together this past year to care for him and Elsa during difficult health challenges.

A funeral Mass will be held at 2 pm, Friday, June 21, 2019, at St. Clare Catholic Church followed by a celebration of life reception at 3 pm in the parish hall.  Donations in lieu of flowers to the St. Vincent DePaul Society.