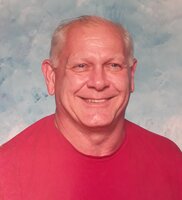 Charles William “Chuck” Nolte passed away Aug. 19, 2021 at Providence Portland Medical Center from leukemia at age 82. Chuck was born on Feb. 15, 1939 in Chicago, Ill. to Charles Howarth Nolte and Rose (Clawson) Nolte. He moved with his parents and younger brother Michael James “Mick” to St. Helens, Ore. in 1942. Chuck excelled in sports, lettering in football, basketball, baseball and track at St. Helens High School and was selected for the 1957 Shriners’ All Star Football Team. Awarded a football scholarship, he attended Lewis and Clark College for a time. Chuck served in the U.S. Army from 1960 to 1962 with the 9th U.S. ASA which included a post to the Philippines. Chuck married Colleen Byrd in 1965 in Portland, and together they had four sons, Russell, Ryan, Rawlin and Rowen. He and Colleen later divorced. Chuck enjoyed politics, sports, genealogy and birding. He is survived by his life partner Rosemary Klein, his sister Miriam Nolte, brother-in law Stephen Stuart, sister-in-law Joyce Nolte, two grandchildren, three nieces and a nephew. He was preceded in death by his parents, his brother Mick, his sons Rawlin (1990), Rowen (1999), Russell (2018), and Ryan (June 27, 2021) and infant grandson Brandon. No service is planned. Chuck’s ashes will be interred at Willamette National Cemetery. Those wishing to make a charitable contribution in Chuck’s name may contribute to Providence Foundations of Oregon at https://providencefoundations.org/ways-to-give/memorial-giving/ .