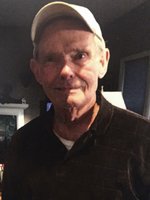 Bob was born in Portland, OR. to Jessie Hannah (Odell) and Robert Hill Zink. Bob was the eldest of 4 siblings, he was brother to Ina, Inez, Thomas, and Ila. Bob attended Woodstock Grade School and Franklin High School until he left to join the Merchant Marines. He was later given an honorary diploma. He was very happy when the government acknowledged his military service with Honorary Discharge papers and benefits. Bob was a former Governor for the Loyal Order of the Moose in Portland. Their involvement in the lodge provided them opportunities to serve others. Both Bob and Betty served meals to deserving people and delivered Meals on Wheels. Bob often would do little paint jobs for seniors for little or no money. Bob loved country music, camping, hunting and fishing. In retirement he accumulated marbles. He also continued to buy antiques for his home. Bob met Betty when she was 16, they married in 1949 at the courthouse and were together until her death in 2013. They celebrated their 50th anniversary and renewed their vows with family and friends. During his service in the Merchant Marines/Coast Guard he traveled the world: SE Asia, Japan, China, Persian Gulf and Europe during WWII. Bob enjoyed a reputation in Portland for his house painting, papering and remodeling skills. He retired from his own business in 1988. Bob loved sharing his memories of Portland and the way it was when he was young. His family were early settlers in Oregon. Many family, friends and neighbors, loved hearing his stories. Bob is predeceased by his parents Robert and Jessie Zink; and sister, Ina Arent (Bob). Bob is survived by his only child, Dana Clark (Steve); sisters, Inez Munson (Arden) and Ila Cleveland (Larry); brother, Thomas Zink (Marsha); Granddaughters Sammie Clark and Megan Pursley (Richard); and one great grandson, Carson. They traveled America in their motorhome. The trip that he remembered fondly was driving the AL-CAN Hwy seeing the great State of Alaska and wished they had allowed more time. Remembered for being a straight shooter, trusted, honest and a giving man. Bob lived his life the way he wanted until the end. He would say “you will have to get me out of here in a pine box”. Bob will be privately entombed in Portland Memorial Mausoleum, 6705 SE 14th Avenue, Portland, Oregon. Please visit the guest book portion of this site and enter a special message or memory. Thank you.