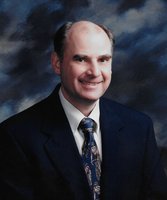 Richard C. Everett January 25th, 1944 - July 24th 2020 On Friday July 24th, 2020 the world lost a wonderful, deeply loved man. Richard Charles Everett passed away at 76 from liver and heart failure, peacefully at home with family by his side. One of four children to Harry and Grace Everett, Richard was born and raised in Portland, Oregon with his sisters Evelyn, Carol and Molly. He attended Grant and Jefferson high schools and Portland State University. He was a Petty Officer 2nd class in the US Navy for 4 years (1966-1969), serving in Vietnam. He earned the National Defense Service medal as well as the Vietnam service medal with 4 bronze stars. He was an avid swimmer from childhood, holding numerous state and national records. He married Shirley Williams Wilkison in 1972 and adopted her daughter Shar in 1974. They had two more children, Patricia in 1974 and Perry in 1976. He was an innovative entrepreneur at heart and got his start in business with his father and father in law at Williams Air Control in the mid 60’s. He started his own companies in the early 70’s in the bicycle brake industry, Everett Manufacturing and Kool Stop International “A name you can brake on”, based in Lake Oswego. 50 years later they are still in business, making most of their unique high quality products right here in Oregon. He traveled the world in the navy as well as for work and pleasure, enjoying many camping adventures with family as well as skiing, boating and fishing. Richard had a deep passion for golf and working on his 1919 Model T with his son in law David and grandson Charlie “the Model T 3”. He was a loving, kind and generous husband, brother, father, father in law, and grandfather and is survived by wife Shirley Everett, daughters Shar Everett and Patricia Meier, son Perry Everett, Son in law David Meier, grandkids Charlie Meier and Brynn Everett, and sisters Molly Lundberg and Carol Elliot. Preceded in death by his parents and sister Evelyn Ranck and her husband Jack. His ashes will be buried at the Franklin Butte Masonic Cemetery in Scio, Oregon. There will be a celebration of life gathering at a later date.