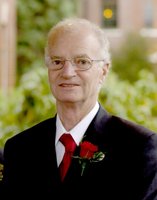 January 4th, 1937 – March 30th, 2020 Wesley Eugene Miller was the first born of Thelma Mae Paup & Harry Edwin Miller, he was the sole sibling to Nadine Miller, born the following year. The Miller’s relied on carpentry and masonry work to sustain them and moved where the work was, but spent much of Wes’s childhood in Winlock, Washington where he graduated from Winlock High School, Salutatorian Class of 1955. He went on to attend College of Puget Sound in Tacoma where he spent time as chapter president of his fraternity; Phi Delta Theta (Delta Kappa Phi), served as Class Vice President his senior year and graduated with a Bachelors of Science in Biology in 1959 before enlisting with the US Army where he was introduced to computer skills that later led to his career as a programmer. Wes served during the Vietnam Era in Germany, retaining fond memories of this time. Upon his return to the states he attended Oregon Polytechnic Institute in downtown Portland where he met Nancy Palmer. The two would wed in June of 1964 and purchased their home in Lake Oswego in September of 1964. Wesley was father to Garth and Meredith; the family of four resided in Lake Oswego, where Wes remained until February of this year. Wesley passed away the evening of Monday, March 30th at Rose Linn Vintage Plaza in West Linn, OR. He leaves behind a sister, Nadine L. Miller of Lake Oswego, his son Garth S. Miller of Lake Oswego and his daughter Meredith T. M. Hewett of Portland. No memorial will be held, in lieu of flowers please consider making a donation to the OHSU Brain Aging Study for Alzheimer’s research.